Freedom is increased when a local, state, or national government person:

Each use of each type of limit will change a government.

Thoughtful people have considered how to accomplish changes in governments and have advocated quite-different approaches.

Most often, a politician accomplishes a change by stepping.

He suggests some small step, testing the water. He might leak an idea to media people. He might mention a possible change on Twitter. He might draft a bill. If the initial reaction is favorable, if it goes viral, he jumps in.

If this small step goes to completion, then most likely the sponsoring politician is done. For the rest of his career he will claim that he solved a problem. He needn’t take even one more risk, especially in the same policy area. The next small step in this policy area, if there is a next step, can be taken by a politician who has a greater need for cred.

Stepping may be what’s happening with many recently-declared sanctuaries that support the Constitution in narrow areas.

If these sanctuaries are going to become more secure, there’s no public evidence of how. There’s no timetable, planned sequence of actions, or visible ongoing action to bring larger change, by phasing.

Sometimes, an activist or media person advocates change by phasing.

Phasing can be planned but unscheduled:

Phasing can be planned and scheduled:

Phasing can be unplanned:

Sometimes, an activist, media person, or politician advocates or accomplishes a change by doing.

The change is to be fast and large.

If change is for the better, fast and large change brings positive benefits and new winners. This creates a new balance of political power, which settles into a new, better equilibrium state.

For instance after the collapse of the Soviet Union, newly-independent national governments tried changing for the better at different speeds and in different amounts, as shown in the figure. 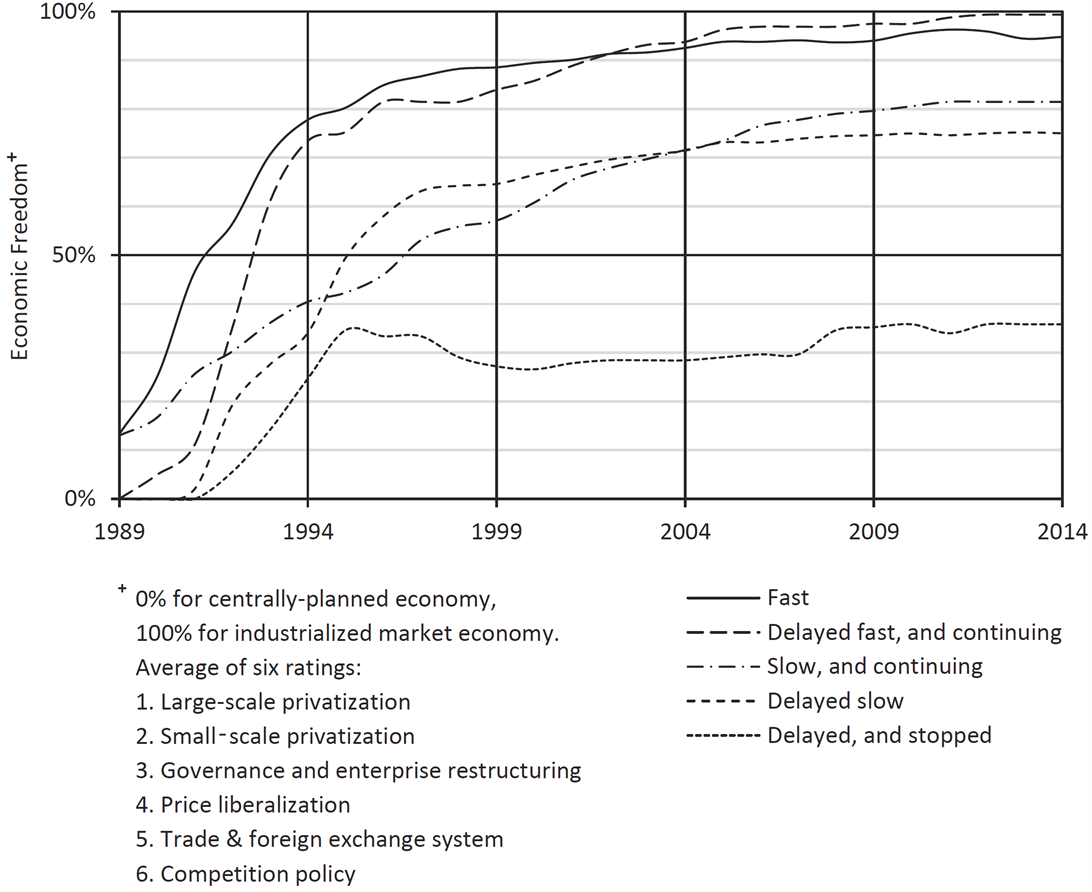 Figure. After the Berlin Wall was torn down, fast change brought good results fast, and the progress kept up [10], [11].

Fast and large change is always the best approach to, in the end, achieve positive change.

So then to conserve all that’s best and to bring more that’s better, what’s needed is to remove all that’s second best, using the approach that’s the best: