Customers provide the supervisory control that makes the system of voluntary cooperation work best, because customers drive producers to do their best. 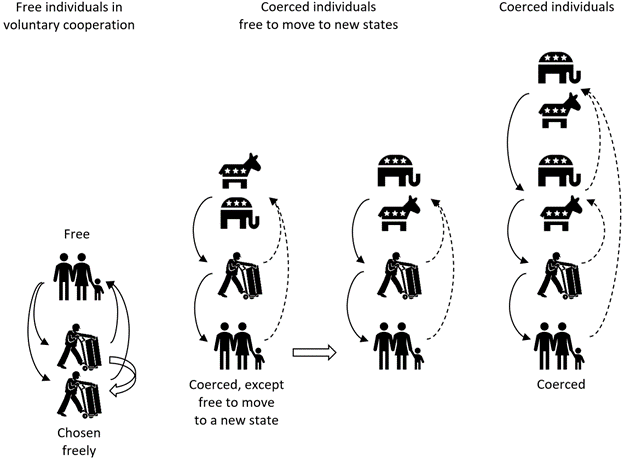 Forgotten taxpayers lose some of their property. Forgotten customers lose their supervisory control over producers; and then everyone loses out on the considerable, constantly-compounding value that would otherwise be added by customers and by the producers that customers regulate.

As Ludwig Von Mises described in Bureaucracy [3] (and discussed more-fully in Human Action [4]):

The real bosses, in the capitalist system of market economy, are the consumers. They, by their buying and by their abstention from buying, decide who should own the capital and run the plants. They determine what should be produced and in what quantity and quality.

… Thus the capitalist system of production is an economic democracy in which every penny gives a right to vote. The consumers are the sovereign people.

In The Mises University Reader, which uses key researchers’ own words to introduce key concepts in Austrian economics, many, many passages attest to the key role of customers, across all 12 readings [5]:

Entrepreneurs are seeking every possible advantage. Even entrepreneurs who consider that they might be in a boom might well reckon that they are better off competing to build or maintain production capacity [22] throughout booms and then also competing to work around any resulting losses during busts. If so, then entrepreneurs, for all their driving force, and despite being sovereigns over their own actions, are not clearly taking foolish actions when they work to develop advantages over their competitors even in times of booms. But entrepreneurs clearly are being pushed around by governments and banks.

When they do, we all suffer. Because rightfully, in the best interests of everyone in the long run, the controlling sovereigns—the kings—are customers [25].

James Anthony is the author of The Constitution Needs a Good Party and rConstitution Papers, publishes rConstitution.us, and has written in Daily Caller, The Federalist, American Thinker, American Greatness, Mises Institute, and Foundation for Economic Education,. Mr. Anthony is an experienced chemical engineer with a master’s in mechanical engineering.