Party-sanctioned debates shall have no moderators, no commentators from the start to the finish of the debate, and no questions other than the questions asked by the candidates during the debates.

In the 2016 cycle’s candidate-selection debates and forums, the Republican Party people deployed biased media extensively, as shown in Table 1 below. On a Progressive-vs.-constitutional scale, nearly all the media hosts would have rated as moderately to strongly Progressive. Available ratings used a less-informative left-vs.-right scale. Although Republicans are thought of as right-leaning, the Republican Party undermined right-leaning candidates by sanctioning debate control by left-biased media hosts.

Candidates can and should take back this airtime, cover their own priorities, and ask their own questions.

As the party grows, the media and the prior parties won’t shut it out forever; the candidates will be news, and content is king.58 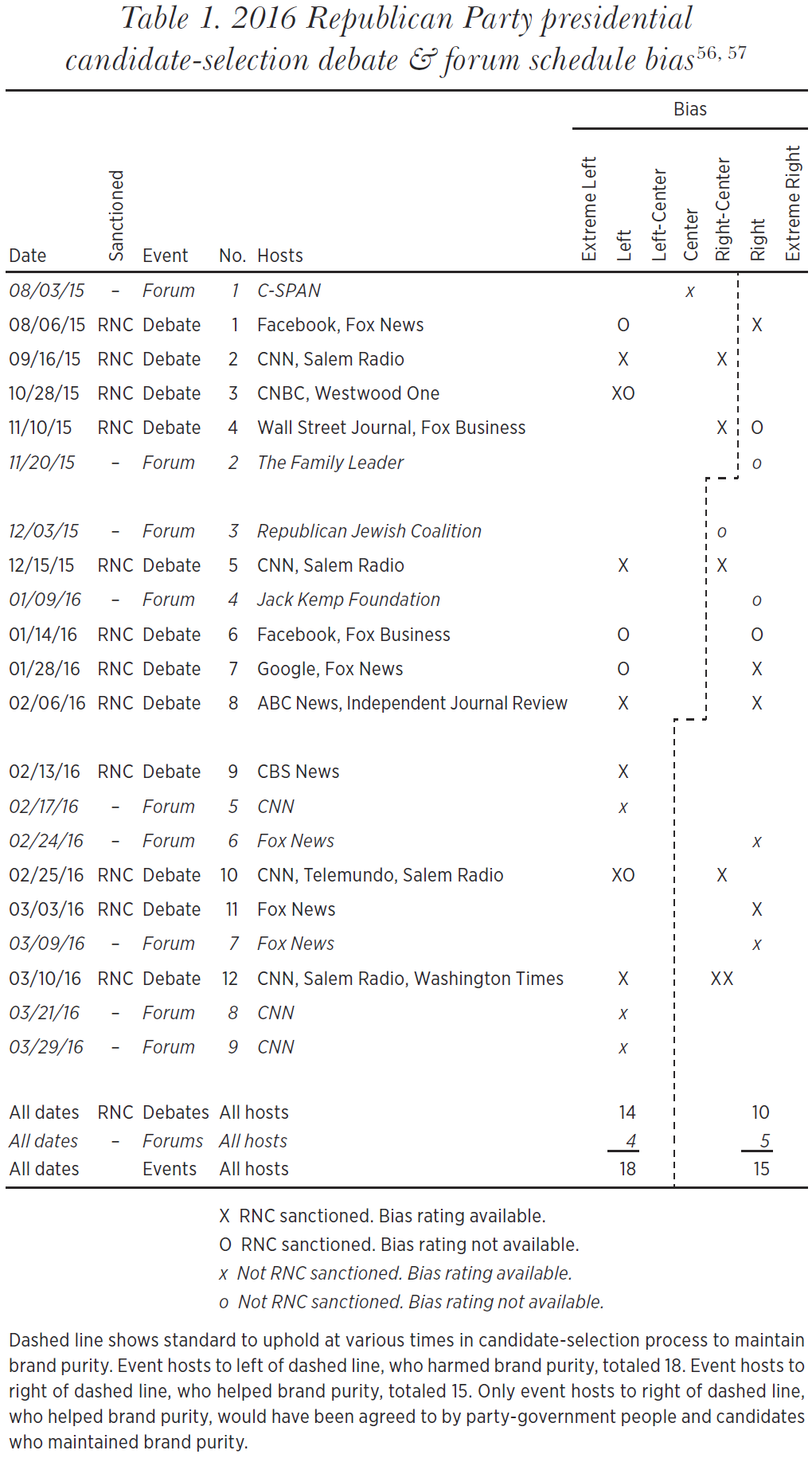